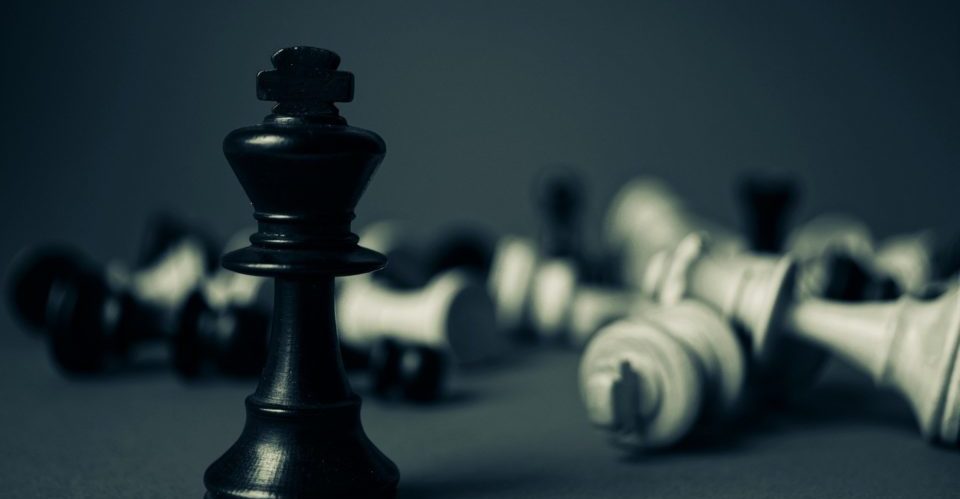 The geopolitical situation of the last years and decades has changed fundamentally. The once stable bipolar world order of the Cold War is now being followed by a multipolar period in which the cards are being reshuffled and the major players have to find themselves anew. It is a regular occurrence that new great powers replace old ones, hegemons emerge and the cycles repeat themselves again and again. Former opponents can become allies and vice versa. Nevertheless, the constant in world politics is that states, especially great powers, try to expand their power base independently of time in order to ensure their own survival. Changes in geopolitics and the emergence of new important actors are inevitable. Once the Roman Empire and Carthage dominated global politics, later for a time it was the Spanish or Portuguese – or the French and British.

After the collapse of the Soviet Union and the de facto end of the Cold War, a period of American hegemonic politics followed, followed by a multipolar world order in which we find ourselves today. Whereas there used to be two great powers that clearly dominated the others technologically, economically, politically and militarily, this has changed today. There are more political centres but less or even no hegemonic power. Once it was the United States and the Soviet Union, it can be said that today it is a bundle of potentially emerging regional powers: The United States, China, Russia, India, Brazil, the EU and individual powers in the Middle East. Yet this list of powers is de facto dominated by the United States and China. Russia is still a major military player, but its economic power is not sufficient to compete seriously with China, the US or the EU. At 1.6 trillion, Russia ranks 11th, far behind Brazil, India, Canada, Japan and several European countries, compared with some 21 trillion in the US, 18 trillion in the EU and 14 trillion in China.

There are more political centres but less or even no hegemonic power.

A global political confrontation between Russia and the USA such as during the Cold War is not given today. Rather, there are individual proxy wars in which Russia wants to dominate its own post-Soviet sphere of influence and the United States wants to weaken it (and vice versa in Latin America). The core concerns of the United States lie elsewhere, namely in China. The rivalry between China and the United States is developing into a new Cold War in which two economic giants are facing each other.

China, the rising empire in the East, is trying to replace the United States in parts of the world and to take over the rank. The once rather ramshackle country, torn apart by civil war and wars, now has a weighty voice on the international stage.

The Russian role in the Sino-American confrontation

But what is much more exciting in this political confrontation is the role of other states – above all Russia. Although Russia is not the main driving force in global politics, it will play a decisive role in the Chinese-American confrontation. There are two main points of view here: A somewhat more widespread media portrayal is that of a Russian-Chinese alliance against the West. The other depiction assumes a Russian-American alliance against China in the long term.

It is particularly worthwhile to take a closer look at the latter representation. There are several reasons for this: For one thing, since Peter the Great, Russia has been a major player in the European concert and was considered part of the West. Until the October Revolution, Russia was de facto an integral, albeit hegemonic, part of the West. This becomes clear at the latest with the Napoleonic wars. Almost symbolic of Russia’s Western affiliation is, among other things, the Boxer Rebellion and the international intervention in China – led by Western countries, with Russia at the forefront. The main dangers that Russia has faced throughout history have come not only from mainland Europe, but also and above all from the East and South – from the Chinese, the Japanese, the Golden Horde, the Tatars and the Ottomans.

The main dangers that Russia has faced throughout history have come not only from mainland Europe, but also and above all from the East and South…

Another factor is the historical – now often forgotten – tension between Russia and China. The 20th century is a good example of this. Although influenced by communism, both countries were considered arch rivals in the 1970s. This was one of the reasons why the United States wanted to strengthen the relationship between the USA and Russia on the one hand and the USA and China on the other during the Nixon era. The Soviets and the Chinese were faced with an indirect confrontation in which both sides wanted to draw other actors, such as the USA, to their side. Nevertheless, this did not bother the Communists in supporting North Vietnam in its struggle against the South. The revival of Sino-Russian relations is young, but should be viewed without ideological blindness.

The broad presentation of a Russian-Chinese friendship is at least somewhat selective. But if it is, then it can only be described as a temporary partnership of convenience. A partnershipof convenience with some overlaps and common interests, but above all many lines of conflict and grey areas. The partnership of convenience consists in the fact that both great powers have concerns regarding the West. But behind the facade of friendship there are a number of questions: Russia is trying to appease the Chinese counterpart – this is due to several factors. On the one hand China’s economic superiority, on the other hand Russia’s sparsely populated eastern regions and China’s population strength. Partly for this reason, several border issues between China and Russia were resolved in the 1990s and 2000s through Russian concessions to China (such as the 2004 treaty). In addition, China is pushing more strongly into the post-Soviet region in terms of foreign policy, and this is particularly noticeable in Central Asia. While Russia is trying to maintain this sphere of influence, there is a growing Chinese influence in this region – indeed, against Russia’s interests.

Breaking the picture down to Russia, China and the United States is far too simplistic. Asian countries such as India, but also Vietnam and a number of Southeast Asian countries are performing a balancing act with China. Communist Vietnam is therefore not afraid to knock on the door of the United States. India and China are considered geopolitical rivals and opponents in the region. China’s difficult relations with a number of Asian countries puts Russian-Chinese relations in particular on a critical test. That is because Russia maintains historically good relations with India. It is unlikely that Russia would take sides in favour of China in the Indo-Chinese power struggle. In addition, Russia has a more open relationship with other Asian countries with which China maintains complicated relations. This is particularly noticeable in the Korean conflict. Russia maintains a pragmatic relationship with both Korean states, especially with South Korea. One could even argue that the anti-Chinese sentiments in Asia and the American presence in East Asia play into Russia’s hands to some extent. After all, a Chinese hegemon without a counterweight would crush Russia politically. For this reason, a balancing act between the United States and China is important.

The current political situation could be described as an exception in the light of history: The conflicts of interest with the West are forcing Russia to turn its attention politically – sometimes against its own will – to the East. In the short term, the Russian political elite still has serious concerns regarding the Americans. The relationship of trust between the West and Russia has been shattered and put to the test. A partnership of convenience with the Chinese is a beneficial alternative. In the long term, however, the dangers of a hegemonic China are well known to certain circles of the Russian political elite. Through an alliance with China, Russia would play second fiddle in the long term and act as a supplier of raw materials to China. The Russian East, which borders on China, is far too sparsely populated for this, and has no economic or technological prospects. The restoration of the Russian-Western relationship of trust would make Russia once again one of the leading players in the European or Western orchestra. This will require concessions on both sides and a certain amount of self-reflection.