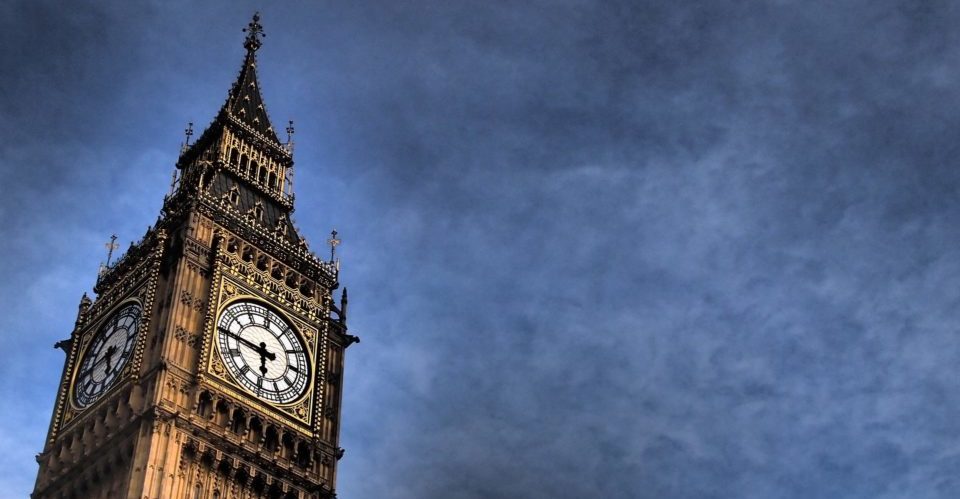 57-year-old Richard Moore was confirmed as the head of MI6 on July 29. The service will begin in the fall of 2020. Moore will serve as head of British intelligence over the next 5 years. He speaks fluently Turkish and is interested in golf, hiking and Turkish rugs. He also held positions in Vietnam, Turkey (2014-2017), Pakistan and Malaysia. Moore is opposed to China and Russia, which he considers to be the main threats to Britain’s security. There is also an opinion that Richard Moore is a friend of Recep Tayyip Erdogan and a supporter of the idea of ​​the “Great Turan” as some kind of strong element to contain Russia and China. Moore’s active involvement in the North Caucasus region and Turkey and his clearly defined pro-Turkish stance cannot be overseen. Moore has managed to visit Baku in order to meet the local elite and is moreover actively interested in Abkhazia. He is also opposed to the idea of ​​an independent Kurdistan. Does this assignment mean that Turkey is in the hands of England as an instrument of countering Russia? A kind of counterbalance in a region of growing power? When one side gets stronger, it is necessary to balance the imbalance.

For further understanding, I propose to consider in detail the Russian-British and Turkish-British relations.

For most of the 20th century, the Soviet Union was a key element shaping Britain’s foreign policy doctrine, and Moscow regarded London as one of the main representatives of the community of Western powers. The focus of both countries on the United States has over time surpassed mutual interest. However, before the world plunged into the maelstrom of the Cold War, England and Russia had managed to be both the main geopolitical rivals and allies over the centuries-old history of their relations. During the Second World War, in the face of a common threat, relations between the two countries acquired an allied character, but even then they were full of contradictions. The victory over fascism brought the world back to the realities of geopolitical confrontation, dressed in ideological clothes. After World War II, for several decades Britain claimed to be a bridge, a link between Moscow and Washington, as well as between Europe and the United States. In the new conditions after the end of the Cold War and the collapse of the Soviet Union, Britain restructured a number of its foreign political priorities in order to maintain itself as an interregional power and to a large extent compensated for the loss of the role of “bridge builder” between the West and the USSR. British policy has intensified in the Asia-Pacific region, in the countries of Latin America. At the same time, London has demonstrated the ability to adapt to changing situations. Russia, with varying success, is adopting the British experience in using the concept of a “connecting link” between different regions and parts of the world.

The victory over fascism brought the world back to the realities of geopolitical confrontation, dressed in ideological clothes.

Relations between Russia and Great Britain were only aggravated by subsequent events, such as the poisoning of Alexander Litvinenko, Sergei and Yulia Skrepal, as well as the annexation of Crimea.

I would like to summarize that the two countries are partners in a number of positions, often competitors, but almost never allies.

Turning to the events of the recent past can be useful for predicting bilateral relations between Turkey and Great Britain, their relations with the EU, understanding their mutual interests and foreign policy strategy. Britain’s efforts were an important factor in setting the date at the EU summit in Brussels for the start of EU accession negotiations with Turkey – October 3, 2005.

Support for Turkey’s accession to the EU was expressed by the UK at the same time as the general idea of ​​EU enlargement. The UK agreed that Turkey’s admission process should be based on the 1995 Copenhagen criteria for the country’s compliance with EU requirements in the fields of politics, human rights, economics and social order. However, there are differences that make it possible to attribute the position of the UK to the strategy of being a “bridge-builder” between the EU and important players in international politics.

Good relations with Ankara will help London to realize its interests in the region.

Support for Turkey’s accession to the EU was consistently carried out after 2004, throughout Tony Blair’s tenure as Prime Minister of Great Britain; continued both under his successor Gordon Brown (2007-2010) and under the conservative David Cameron (2010-2016 ). This course did not change even after the 2016 referendum on Britain’s exit from the EU. In October 2016, Foreign Minister Boris Johnson said: “We are leaving the EU, but not Europe, and one way or another we will help Turkey (to join the European Union)”. But the position of the Turkish leadership has changed. President Recep Tayyip Erdogan has seen the country’s future outside the EU since mid-2010. The coup attempt undertaken by the Turkish military in the summer of 2016 only reinforced his opinion. It was Richard Moore who advocated for London to immediately take a decisive position against the military who undertook a coup. He also organized the visit of Boris Johnson, then the head of the Foreign Ministry, to Ankara to demonstrate solidarity with Turkey. The visit underlined the British support for Turkey by the following expression: “London will stand side by side with Ankara”. The gesture paid off and increased Britain’s political capital in Turkey, while other Western countries tried to distance themselves from Ankara. With the UK leaving the EU, strong ties with Ankara look extremely important – London needs to secure good trade deals with other external players to prove the feasibility of Brexit. Moreover, Turkey has become an influential player in the Middle East: good relations with Ankara will help London to realize its interests in the region.

It should be noted that Russia plays the leading role of a mediator in the regulation of the Armenian-Azerbaijani conflict. Since the beginning of the 19th century, the South Caucasus has been under the full geopolitical influence of Russia. Will Turkey try to take Russia’s place with the help of Great Britain? The time will tell.