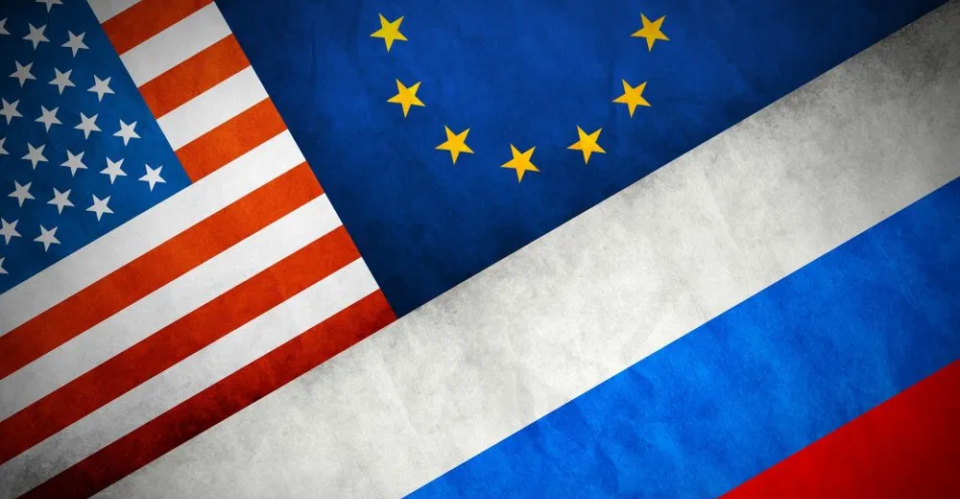 All these countries do not only share a similar size and communist past, but also an uncertain future when it comes to foreign policy. Located somewhere between Europe and Asia, Armenia and Georgia were several times conquered by various civilizations, ranging from the Romans to the Persians, Ottomans and Russians. The current situation in terms of foreign policy is complicated due to the geostrategic position and territorial disputes on the one side and dependencies on the other side.

Especially after the dissolution of the Soviet Union, the Caucasus and Eastern Europe became priorities both for the West and the East. Before evaluating the interests of the so called West and East, we have to consider that there is no homogenous “Western interests”. It makes more sense, to distinguish between the interests of the European Union and NATO when we speak about the “West”, due to the fact that the interests of both organizations partly contradict each other. The third great power in the region is Russia.

Although regional powers like Turkey and Iran play a crucial role in the Caucasus, the main conflict line may lie between Western and Eastern interests. Due to the Soviet past, all of the countries are affected by serious territorial disputes, which in turn lead to conflicts and dependencies from the one or the other side.

The conflict around South Ossetia and Abkhazia led to a direct confrontation between Georgia and Russia. Although the conflict escalated in 2008, one could classify Georgia’s foreign policy in the 90s also as a more pro-Western one. We have also to take into account, that in comparison to Armenia and Moldova, Georgia is the only country with a direct confrontation with Russia. Thus, a more pro-Western foreign policy seems quite plausible from a Georgian perspective. As a consequence, Georgia is trying to become member of a Western alliance, due to the direct opposition to his neighbour in the north. While the Americans are interested in Georgia, the Europeans are more sceptical – first, because of security-related concerns. United States are one of the strongest supporters of a Georgian NATO-membership, facing a western European opposition. In contrast to American interest, the European Union is concerned of the security in its neighbourhood and would in turn not risk an escalation with Russia. Nevertheless, the European Union and NATO are developing deeper cooperation with Georgia. Georgia wanting to become a member of the western military alliance is caught between the two powers. Even during the war in 2008 America did not support the Georgian side, because states act rationally weighting up the benefits and costs of a confrontation. On the other side, Georgia might be strategically seen the most interesting country for the US foreign policy in the region because of a clear pro western stance, geopolitically interesting position and sea access.

In contrast to Georgia, the case of Moldova is more complicated when it comes to the relationship to the West and East. The former Soviet country is politically and territorially divided in the Moldovan heartland on the one side, Gagauz autonomy in the south and the unrecognized Republic of Transnistria on the other side. Analysing the population, one can see three major groups – Communist groups sympathizing with Russia, the pro-Westerns and those having positive attitudes towards Romania. There is maybe no other post Soviet state with such deep cleavages when it comes to the question of identity and the foreign policy alignment. As in many other post Soviet states, there is a serious territorial dispute within Moldova regarding Transnistria. The unrecognized Republic of Transnistria indirectly backed by the Russian side can be classified as a de facto state or protectorate. Despite the dispute around Transnistria, the Moldovan foreign policy is much more balanced. While maintaining good relations with both the European Union and Russia, Moldova is more sceptical when it comes to NATO. Moreover, the support of the European Union within and towards Moldova is high both in terms of economy and institution building efforts. Different to the Georgian case, the territorial disputes around Transnistria do not lead to breach of tensions between Moldova and Russia. Of course, we have also to mention that Moldova is less interesting for the NATO than Georgia due to geostrategic reasons. Nevertheless, the blurred Moldovan position, corrupted government and divided society leads to a blurred, unstable and balanced foreign policy manoeuvring between the EU and Russia.

Jumping to the third country, Armenia, there is a completely different picture. Located in Eurasia between Turkey, Georgia, Azerbaijan and Iran, Armenia is partly isolated – especially due to the conflicts with Turkey and Azerbaijan. The relations with Georgia can be described as positive but complicated: Due to the isolated situation, Armenia needs the access to the Georgian sea. On the same time, pipelines and railways through Azerbaijan, Georgia and Turkey are blocking the Armenian position even more. As in the case of Moldova, there is a frozen conflict between Armenia and Azerbaijan around Nagorno-Karabakh, which is mostly populated by Armenians. Although the conflict takes place between Armenia, Nagorno-Karabakh and Azerbaijan, Russia and Turkey are playing a crucial role. While Turkey fully supports the Azerbaijani side – financially and partly militarily, the Russian side is trying to keep the conflict frozen. Despite being part of the Russian-led CSTO and Eurasian Union, the Russian side is delivering weapons to the both sides Armenia and Azerbaijan. Moreover, several CSTO states are openly sympathysing with the Azerbaijani side. A frozen conflict keeps both states, especially Armenia dependent from the Russian side because of realistic alternatives. The Armenian side needs alliances regarding Turkey and Azerbaijan, but it might be impossible to get this kind of guarantees due to Turkish manoeuvring tactics between Washington and Moscow. The unstable partly friendly, partly unfriendly relationship between Russia and Turkey, Russia’s weapon deliveries to Azerbaijan make the situation unsecure for Armenia. On the other side, one should bear in mind that Turkey is also member of the NATO. Thus, Armenia’s foreign policy is and must become more balanced, with new alternative partners in the region. Especially the controversial relationship between the European Union and Turkey may open new doors. It is possible to respect the unstable military cooperation with Russia, maintain good relations to USA and develop the connection with the European Union.

New opportunities in a multipolar world

In a multipolar and globalized world small states have to overcome the dichotomous thinking in “East or West” dimensions. New and stronger foreign relations with new actors – especially the European Union and regional actors ranging from Iran to Israel – may allow a more secure situation in the region, especially when it comes to Armenia and Moldova.