Surviving in an anarchic world: More than a struggle for power 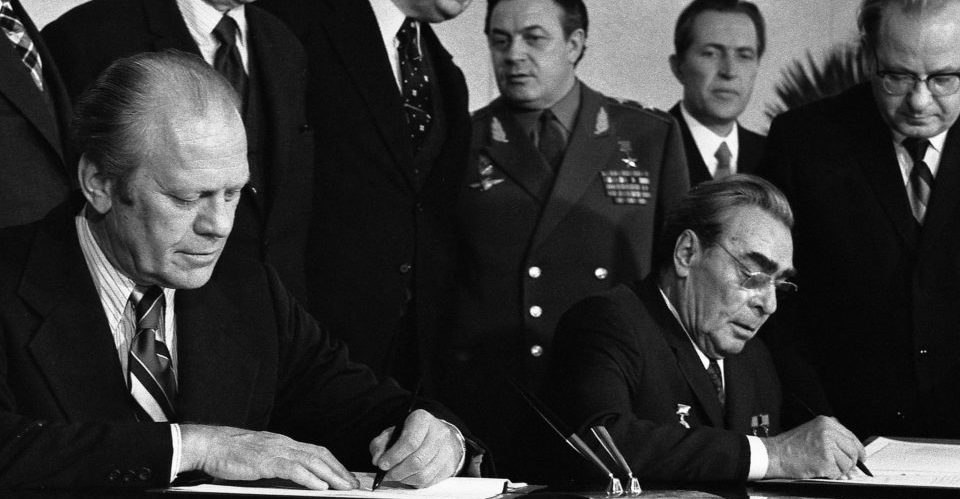 Surviving in an anarchic world: More than a struggle for power

Speaking about international relations from a realist(ic) point of view, is speaking about a world full of states trying to survive in an anarchic system. Everyone of us knows, that breaking the rules within a state can lead to a confrontation with the police or courts. Unlike in a state, where a government and police can solve disputes and sanction criminals, there is no “world police” on the international level.  Thus, the main goal of state actors is the survival in the anarchic world. In order to do so, states are striving for power, because the guarantee for security in international relations is power, first of all military power. In this article, we will address additional (not replacing) tools, which can help providing more stability in international relations.

The utopia and dangers of a global state

As the anarchy problem and the absence of a world police is the driving force in various conflicts, some scholars argue that the only possibility in overcoming the problem would be a global state or at least a global and absolute hegemon. Nevertheless, there are some good reasons to call the idea of a world police utopian or even dangerous. In order to establish a global state-like structure, one must homogenize the world population in terms of identity. A possible solution? In many multicultural states, including the Ottoman Empire or the Soviet Union, the “attempt of homogenizing” the population and creating a “multicultural identity” ended with repressions, deportations and genocides. Therefore, the establishment of a global state is not only utopian, but also dangerous and should be discarded.

My second point is about the global hegemon. Talking about the global hegemon we ofen forget, that a absolute hegemon never existed (except the Roman Empire). Even the United States – being the most powerful state – face Chinese and Russian competition in terms of economy and military. Neither the United States, nor Russia and China are able to intervene in every state of the world themselves without having the “green light” at least from the other two great powers. Nevertheless, the great powers are able to solve conflicts, if there is a common strategy.

Nuclear peace: An opportunity or threat?

Reaching the eternal peace might be utopian, but it is realistic and should be the main goal of the humankind to make the world more stable. I think, there are some good preconditions for a more stable world without the occurrence of global wars – regional hegemons/great powers with nuclear weapons, institutions and diplomacy.

The probability of a direct confrontation of nuclear powers might be very low.

The existence of nuclear weapons prevented global wars between the Soviet Union and USA and I believe it will also prevent direct confrontations between China and USA. Some would argue that if every state would have nuclear weapons, a permanent peace would be possible. I would disagree with this point – not because I do not believe in rational actors. In contrary, North Korea is the best example, that even totalitarian regimes are acting rational in terms of foreign and military policy. The problem regards non-state actors – particularly terrorist organizations. Fundamentalist individuals may act irrationally, when they get the control of nuclear weapons. Due to the fact that irrational actors exist, (although not on the state level) I would oppose the idea of nuclear weapons for many states. The presence of few great nuclear powers on the other hand, guarantees a global peace. The probability of a direct confrontation of nuclear powers might be very low. We can find some evidence in the Indian-Pakistani case. Although both states have powerful military forces and a deep conflict, a large-scaled conflict did not take place because both states have nuclear weapons. Nevertheless, nuclear weapons are not going to guarantee peace in general. Proxy and economic wars, military conflicts with smaller and/or non-nuclear states will not disappear.

Institutions as an instrument for peace

As mentioned before, institutions and diplomacy might be two additional instruments in stabilizing the world and reducing the anarchy. I believe that institutions create some form of interdependence, trustful information and can reduce the possibility of war. However, we should take into account that institutions are temporary and we don’t know about the real intentions of other states. I think there are two reasons and cases in which institutions could produce more peace: Only institutions with sanction mechanisms and some kind of identity could reduce the probability of wars. Second, because in some cases institutions are dominated by great powers, they should be able to use international organizations as an instrument in order to guarantee peace among the member states. European Union or some continental organizations are good examples how institutions can produce more stability. The European Union has both, sanction mechanisms, economic power and regional powers (e.g. France and Germany) solving European disputes.

The underestimated impact of pragmatic diplomacy

Third, I would also underline the role of diplomacy as an important additional factor. War is the result of failed diplomacy. One should not underestimate the role of diplomacy in international relations, but one should also take into account that an efficient diplomacy must be backed by military or economic power. Even the diplomacy of small countries like Cyprus is backed by stronger powers like Greece. In addition, diplomacy may not guarantee permanent peace, but an unstable peace is in ethical terms better than a stable war. Backed with power, diplomacy is a good instrument in order to solve disputes peacefully. Reducing the uncertainty and sharing information are side-effects of diplomacy, but not the main purpose. Even allied states tend to control and distrust each other in many situations – the scandal regarding the US intelligence services and Angela Merkel is a good example. Without diplomacy many Israel-Arab conflicts, frozen conflicts and even the Cold War would escalate. Additionally to nuclear weapons and balance of power, through diplomacy it is possible to increase the stability of regions. Diplomacy in realist world with the goal of a more stable world should be pragmatic rather than ideological and norm-based. On the other hand, the role of diplomacy should not be overestimated when it comes to deep and long-term conflicts regarding territorial disputes. As territories are in many cases due to different reasons less devisable, it is difficult to reach solutions. Diplomacy might help to reduce the escalation probability of the Israel-Arab, Israel-Iran, India-Pakistan, Armenia-Azerbaijan conflicts but on the other hand, diplomacy is not able to solve these problems fully.

War is the result of failed diplomacy.

As we can see, there are some possibilities and tools in overcoming the anarchy and uncertainty problem. The main goal should not be to overcome the world anarchy through a world government, but to reach more stability among the great powers and within regions. Diplomacy and institutions are good additional tools, but in a realistic world striving for power in order to increase the security remains the fundamental tool. Balance of power with few nuclear powers is perhaps not the ideal solution, but more stable, less utopian and less dangerous than a world police.