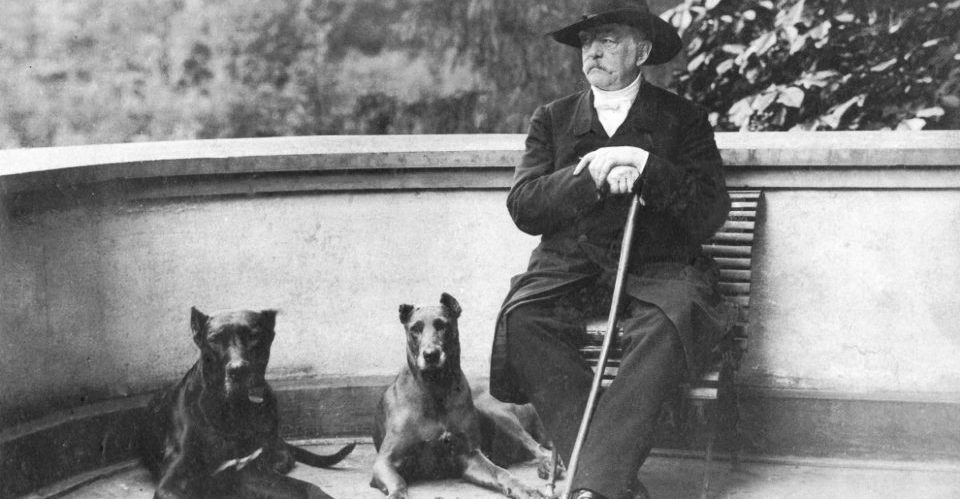 When talking about the greatest German statesman/woman, names such as Konrad Adenauer, Willy Brandt or Helmut Schmidt are often mentioned. Well, it should be pointed out that the foundation for a modern and above all unified Germany, which has only existed for about 150 years, was laid by the “Iron Chancellor” Otto von Bismarck. Leaving aside the merits of the individual important statesmen, the wealth of foreign and domestic policy reforms undertaken by the Iron Chancellor are unprecedented. In one form or another, many of his reforms are still valid today. In this respect, it should be noted that Otto von Bismarck was ideologically primarily on the one hand a convinced monarchist, on the other hand someone who – whether deliberately or for tactical reasons – was responsible for the realization of important liberal, conservative but also social democratic initiatives.

Otto von Bismarck, who came from a noble family, steered the fortunes of Prussia at the beginning and later of Germany for 28 years. His political commitment until 1871 can be described above all by Prussia’s exemplary power politics. At the time Bismarck took over the affairs of state, there was de facto no Germany as we know it today. Rather, the territory of present-day Germany at that time resembled a patchwork of many autonomous small states, which together formed a kind of confederation within the German Confederation.  Apart from the small German states, two players played a dominant role in the German Confederation: Prussia and Austria-Hungary.

One of the decisive factors for the unity of a German nation state was Otto von Bismarck’s Realpolitik. Not only a shrewd power politician, but a strategist who was always able to derive political benefit from military conflicts. Otto von Bismarck understood like no other that German unity and the security of Germany was possible on the one hand through clever, sometimes secret alliances and on the other hand through military conflicts, which in his view were merely a matter of time. True to the motto “today’s friend is tomorrow’s enemy” and vice versa, Prussia was able at that time to enter into alliances of convenience with countries with which it was at war just a few years ago. Bismarck wanted to strengthen Prussia’s supremacy in the German Confederation in the first step and unite the small German states behind him in the second step. In this context, three wars can be mentioned in particular, which have been fateful for Germany to this day: On the one hand, the German-Danish War, the German-Austrian War and the German-French War. The German-Danish War was about territorial conflicts over Schleswig-Holstein, whereby Prussia and its ally Austria were able to win the war and extend the Prussian-Austrian supremacy.

By skilful tactics, taking advantage of military conflicts for his own benefit, Otto von Bismarck actually managed to establish the German Empire through these “unification wars”.

The Prussian-Austrian alliance of convenience was mainly characterized by power struggles in the German Confederation. In the so-called German-Austrian War between Prussia and Austria, the aim was to secure its own dominant position in Central Europe. One could also say that until 1866 (the year of the German-Austrian War) Austria was considered the dominant player in Central Europe and had to cede its supremacy to Prussia in the course of the war. Although the Prussian monarch demanded not only the cession of power but also territorial claims, Otto von Bismarck was able to convince him to abstain from territorial claims, as he saw Austria as an important ally in the later course on. When Austria abdicated power, Prussia assumed a dominant position in the German Confederation, which led many small German states to oppose Prussian dominance. Otto von Bismarck knew that only an external threat would bring together the German small states and the North German Confederation under Prussian leadership. Through the dispute over a Spanish throne succession, Otto von Bismarck was able to trick France into declaring war on the North German Confederation under Prussian leadership. After France declared war on Prussia, the (southern) German small states actually joined the Prussian-led alliance to fight against France, contrary to French expectations. By skilful tactics, taking advantage of military conflicts for his own benefit, Otto von Bismarck actually managed to establish the German Empire through these “unification wars” (mentioned above). In foreign policy, the pragmatist attempted in the following years to cement the new order, prevent other powers becoming the allies of France, above all through multiple defensive alliances.

A conservative at the forefront of reforms

As Chancellor of the German Empire, Otto von Bismarck devoted himself to domestic policy in the following years. It would be wrong to call Bismarck a parliamentarist or pluralist. On the contrary, he was a power politician. But, in all his actions, methods and convictions, one thing above all must be borne in mind: his actions must be seen in relation to the spirit of the times. The second half of the 19th century was seething in several respects: liberals fought against clerical influences, the churches tried to maintain their authority, and the socialists invented themselves during that period in the course of the Industrial Revolution. What Otto von Bismarck characterized in terms of foreign policy can be applied to domestic politics in one way or another: Namely, forming alliances of convenience with former opponents, the pragmatic approach to ensure stability. At first, the convinced monarchist was regarded as a classical conservative law-and-order statesman, but then – partly for tactical reasons – he opposed the church power, in order to unite among others the liberals of that time behind him.

By taking over the agendas of his opponents and implementing them in one form or another, he tried to prevent these groups from growing stronger. For this reason, among others, he opposed the clerical power (Kulturkampf) and later introduced civil marriage, which still exists today. In the context of the time, civil marriage can be described as a kind of liberal revolution. Gradually he turned away from the liberals and turned to some social policy measures. He countered the rise of the socialists, in whom he saw a clear danger to the monarchy, with two measures: One was the Socialist Law, a de facto ban on socialists (but not on moderate social democrats) and the parallel introduction of social policy measures. Similar to the Liberals, he implemented decisive social reforms to satisfy the working class on the one hand and to reduce the support for socialists on the other. In this way, he introduced the social insurance system, which to this day forms the basis for the current social insurance system in one way or another.

By taking over the agendas of his opponents and implementing them in one form or another, he tried to prevent these groups from growing stronger.

There is no doubt that Otto von Bismarck was no fanatical ideologue. Rather, he was a conservative reformer who recognized the signs of the times and was able to react quickly through alliances of convenience. Regardless of whether his reform measures were tactically motivated or corresponded to his actual convictions, these reforms (civil marriage, social insurance system) were revolutionary for the time. Above all, one thing can be said with certainty: his talent for foreign policy, the compatibility of a strategic genius, tactician and realpolitician (Realpolitik), created the nation state as we know it in the first place. At the end of his political life, however, he became a prisoner of his own tactics: Because of the permanent maneuvering between the different groups, he ended up bringing both parts of conservative, liberal and socialist factions against him. In doing so he was still reacting to the trouble spots in the Reich and was thus able to prevent revolutionary movements and lay the foundations for European conservatism.

However, his foreign and domestic policy reforms were supported by conservative fundamental principles. The quotation “Conservative means marching at the forefront of progress” from the former Bavarian Prime Minister Franz J. Strauss about conservatism fits very well with the political life of Otto von Bismarck. The political life of the chancellor, who became the symbol of conservative reformism.