The frozen conflict of Nagorno-Karabakh: The limits of diplomacy 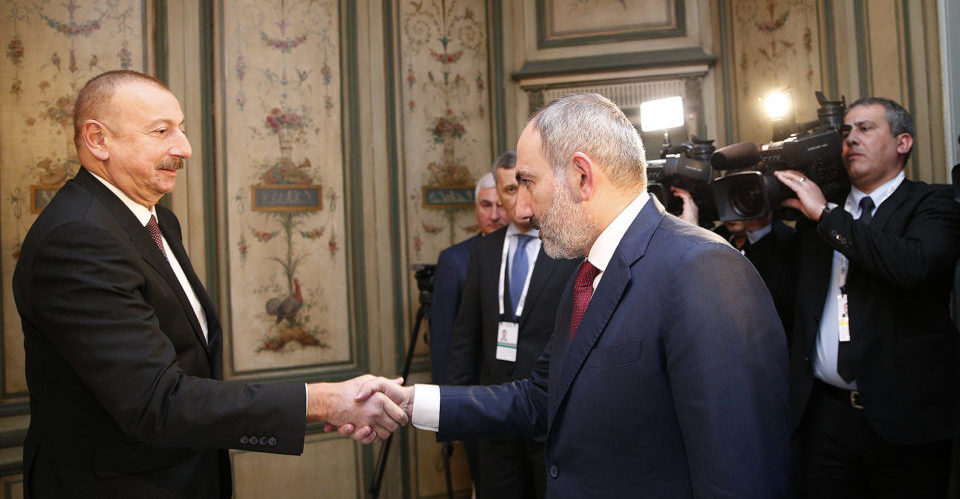 The frozen conflict of Nagorno-Karabakh: The limits of diplomacy

The conflict over Artsakh/Nagorno-Karabakh is a 30-year conflict with roots going back to the first half of the 20th century. The prospect of long-term peace is hardly noticeable from the current perspective. The fronts have hardened and great powers are practising a balancing act on the one hand, while at the same time trying to freeze the tense situation. Some actors are thus able to keep the region in dependence.

The region, which is mostly inhabited by Armenians and historically belongs to them, is fought over by Armenia and Azerbaijan. Although the region was not part of an independent Azerbaijan, it was associated as an autonomous republic with the Soviet Republic of Azerbaijan during the Soviet era. In the course of the disintegration of the Soviet Union, a referendum was held on the republic’s independent status in accordance with the Soviet constitution. Despite a vote majority, the referendum was not recognised by Azerbaijan, which resulted in pogroms and mass expulsions – such as the pogroms in Baku or Sumgait. As a result, the Armenian diaspora in Azerbaijan and the Azerbaijani diaspora in Armenia had to leave their respective countries. Although the war did not end in a peace treaty, it did end in a de facto ceasefire between Armenia and Azerbaijan. Since 1991 or 1994 (end of the conflicts) the Republic of Artsakh (previously Nagorno-Karabakh) has established itself as a de facto state without international recognition.

The limits of diplomacy: An issue of trust and security

Since de facto independence, however, there have been ongoing smaller and larger clashes at the border, with 2016 being the year in which the greatest acts of violence since 1994 took place. The difficulty in resolving the conflict can be explained by several factors. Although diplomacy is considered a good instrument in international politics, diplomacy can only freeze the conflict in this case. However, a diplomatic solution can only be found under certain conditions: Namely, if the war target is “divisible”, both negotiating parties have similar information, the military balance of power is equal and there is trust between both conflict parties.

A look into the conflict shows above all that the relationship of trust between the two parties does not exist. Even more: The populations in both states, especially in Azerbaijan, as they want to “reconquer” the territories from their perspective, are very emotionalized. This makes long-term negotiations with a stable peace as a goal impossible. Above all, this makes the object of the negotiations, the region, an indivisible “object”. The proposal to return the c. seven territories outside Nagorno-Karabakh, which were also conquered during the war, is a risk game. On the one hand, nationalist forces within Azerbaijan, which dominate the politics, would not be satisfied with these territories. The great goal of the Azerbaijani side, which has been announced several times by official representatives, is the complete “reconquest” of the entire region. But this is above all an illusory approach, because ultimately there would be no guarantees for the Armenian side. By returning the seven areas mentioned above, which lie outside the Artsakh region, Armenia would lose a security buffer and above all the corridor between Armenia and Artsakh. The disappearance of the corridor would make Nagorno-Karabakh an exclave and endanger Armenian security policy in the long term.

By returning the seven areas mentioned above, which lie outside the Artsakh region, Armenia would lose a security buffer and above all the corridor between Armenia and Artsakh.

The conflict is made more difficult above all by the fact that no international observers are stationed in the region. The media echo is often limited to reporting that there have been clashes. Both the media and third-party states do not want or are unable to locate the aggressor of the attacks. It should be noted that the Armenian side wants to maintain the status quo and is therefore in a defensive position, while the Azerbaijani side wants to change the status quo by “reconquering” and is therefore in a more offensive position. In general, maintaining the de facto status for a longer period of time increases the probability of the respective state being recognized.

Negotiations between the two sides are often inconclusive and predictable, and are much more likely to serve to keep the conflict frozen. Apart from the technical and numerical superiority of the Azerbaijani side, Armenia is surrounded on the western side by Azerbaijan’s main ally, Turkey. In addition, Baku can exert more pressure on third-party states because of its economic relevance.

The role of regional players and alliances

A look at the alliances and regional players shows the complexity of the conflict. Armenia is part of the Russian-led CSTO alliance – consisting of six states. Although Armenia is part of this organisation, it should be noted that two of the six member states (Kazakhstan and Belarus) have friendly relations with Azerbaijan and Russia’s role is highly controversial. Despite the existence of a strategic partnership between Armenia and Russia, Russia supplies both sides with weapons. Moreover, trade relations between Baku and Moscow are at a high level. In addition, the constantly changing and unstable relationship between Moscow and Ankara is a burden on the Armenian side. In any case, conflicts on the Armenian-Azerbaijani border show that the CSTO organisation is neither actively nor passively supporting a member state. The cost-benefit question of Armenian membership of the CSTO is something that will concern Armenian politics in the future. How meaningful is membership of a military alliance that does not assist an ally?

The unstable and semi-peaceful situation creates a dependence of both states on Russia. Russia, on the other hand, wants to maintain its sphere of influence in the Caucasus and is relying on appeasement tactics. An appeasement policy that mainly plays into the hands of the financially stronger conflict partner. A look at Iran shows that, on the one hand, Armenian-Iranian relations are fairly good, but at the same time there is a large Azerbaijani ethnic group living within Northern Iran. On the one hand, this fact creates a potential for danger, but at the same time leads Iran to take action against possible Azerbaijani separatism and thus creates conflicts of interest with Baku. In addition, there are also conflicts of interest and rivalry between Iran and Turkey. Nevertheless, there are active investment relations between Iran and Azerbaijan.

Russia, on the other hand, wants to maintain its sphere of influence in the Caucasus and is relying on appeasement tactics.

Georgia is engaged in a balancing act in this conflict. On the one hand, Georgia cooperates mainly with Turkey and Azerbaijan – somewhat in the area of pipeline or train connection projects – and on the other hand, within the GUAM community between Georgia, Ukraine, Azerbaijan and Moldova. At the same time, there are also border disputes between Azerbaijan and Georgia – albeit on a smaller scale. Furthermore, Georgia is an important port location for Armenia due to its geographical position. Georgia’s role in this conflict can be described as pragmatic.

New Approach: The role of peacekeepers, Artsakh and diplomacy

The deadlocked conflict situation is reminiscent of other hopeless conflicts, but under certain conditions it could lead to two different scenarios: On the one hand, a large-scale military conflict, on the other hand, a more stable status quo situation. It should be noted that diplomatic instruments alone will not solve the situation. This would require some preconditions: A peacekeeping mission and a demilitarized buffer zone could limit the military conflict. Here, it is important to learn from past mistakes: A neutral mission of the peacekeeping forces is important, since in the past unilateral Russian observer missions were rejected because both sides opposed a too strong Russian military presence. The inclusion of the Republic of Artsakh as a negotiating partner in the talks is crucial for the peace process. The exclusion of the Republic of Artsakh leads the negotiations ad absurdum. For the Armenian side it is also important to reconsider alliance structures, especially with pro-Azerbaijani states.

It must also be mentioned that the threat of violence is an internal instrument within Azerbaijani politics to strengthen the position of President Aliyev. The threatening of violence and nationalist fantasies should nevertheless be treated with caution: While these fantasies will result in minor confrontations, a large-scale confrontation is unlikely. This is a too risky game for the Azerbaijani side. Above all the gas and oil companies, as well as those who have invested in them, are against a military solution. Moreover, the president’s family manages to stay in power by means of a permanent external enemy and counteract pluralistic processes. A change of power, a process of democratization could ease the situation between the two countries to a large extent and lead more likely to a peaceful solution.

Nevertheless, the following is true in international politics: good diplomacy is underpinned by a strong military. Therefore, the military will remain an important, even diplomatic, instrument in the years to come, regardless of the scenario.