The rise of nationalism: A fear of losing identity 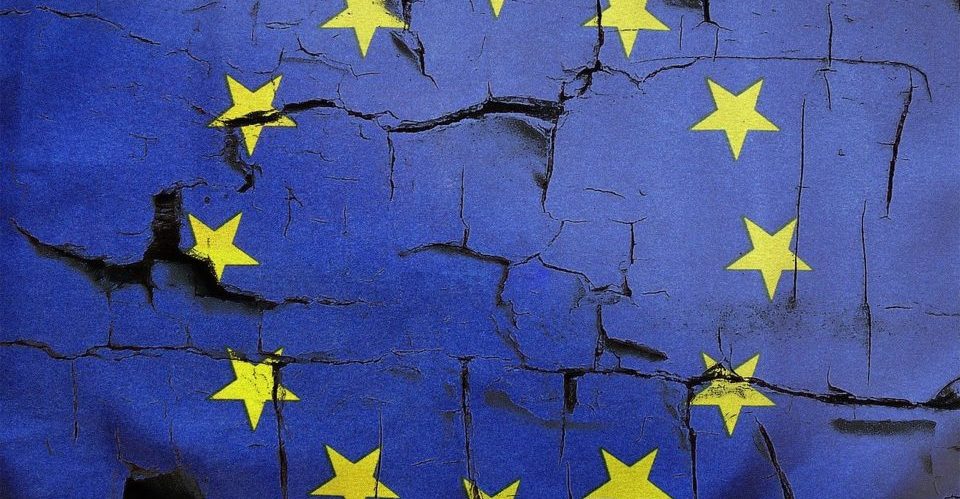 The rise of nationalism: A fear of losing identity

After many wars, countless taken lives, sacrifices, and greed, the world today functions as a puzzle game. Namely, from one idea to the realization and establishment of the European Union as the founders of common values, goods, countries are trying to incorporate, join this unique model, in order to become an integral part of this great puzzle.

Nevertheless, the growth of nationalism and its power is more than evident. It appeared around the 17th/18th century and apparently left deep roots. In order to better understand: “Nationalism is a theory that explains how people around the world are organized socially and politically. It holds that the human population is divided into many different nations composed of people with a strong sense of group loyalty. Members of a nation are deeply committed to maximizing their nation’s autonomy, which means they prefer to have their own state.” (Mearsheimer)

Nationalism due to EU identity

Despite the desire of developing countries to be part of the family of the European Union and feel the security, but also the benefits of their membership, there is a fear of losing identity, integrity, and eventually hard-won sovereignty. The same problem is with the member states. In other words, the more we move towards a unique identity, the more we face a nationalism.

Specifically, this problem also exists outside the European Union and we can face it in everyday life. Former Yugoslav states or Post-Soviet states, each of which strives primarily for separated borders, then for its own identity, language, history, as well as the religion.  We can search for examples related to language in Former Yugoslavia, namely, there were three official languages: Serbo-Croatian, Macedonian, and Slovene. Now, each country uses the same language but with a different name: Montenegro – Montenegrin, Serbia – Serbian, Bosnia and Herzegovina – Bosnian, etc. When it comes to history, it can often be based on myths and misunderstandings among these countries. This is to say, every country wants something special, different in order to highlight its diversity. Consequently, after a long time of pressure, each of them wants to have freedom and supremacy over their territory and is ready to defend with all the forces at their disposal. Regarding the psychological side, nationalism gives people a sense of oneness, superiority, sovereignty over others.

Further, the European Union offers a healthier way of thinking – a sense of unity and an incentive to improve, which certainly meets the needs of one population and its country.

On the other side, the European Union allows a new start. To be a part of it, one must invest and put a lot of effort. Through the path to the goal, the state develops and acquires greater competence to solve existing problems. Further, the European Union offers a healthier way of thinking – a sense of unity and an incentive to improve, which certainly meets the needs of one population and its country. With independent institutions, the selfless sharing of goods significantly enhances peace and good cooperation with the member states and those on their way to becoming so.

Previous experience with European Union significantly shows that there is no space for fear, because it guarantees stability. This has been proven by the range of support and assistance that the European Union provides to developing countries on a daily basis, not to mention crisis situations. Additionally, this is provided through numerous assistance grants, and planning projects for each country individually, according to its needs and current achievements. A much more serious and difficult type of assistance offered by the European Union to stabilize the situation and peacefully resolve relations is its active participation in resolving them and finding the best possible solution. All these facts shatter the prejudices and perceptions that a state can carry with it, due to a previous bad experience. Indeed, the European Union has proved to be successful in its intentions so far.

GAP between nationalism and religion

Yet, nationalism is also mostly understood from a negative perception and many international relations theories see nationalism as a big enemy. Nationalism can take a negative form only if it crosses the line and becomes extremist or chauvinistic. That does not need to happen.  Back in history, people wanted to have something to identify with and that fact did not change still.  People are connected by common beliefs, values ideologies, but also are raised to love their country and to be attached to it. Identity and origin are very important segments in an individual’s life.In the Balkans, religion is often related to national identity. In Bosnia and Herzegovina, the Bosnians are more often related to Islam as a religious group, while in Montenegro Bosnians are more often identified as a national identity, primarily as a part of Montenegro.

At the glance we have an open question: can we overcome nationalism?

Therefore, the gap between nationalism and religion is a huge problem, and a lot of people have difficulties on which side should they be. Nationalism and religion meet each other at one point, each of which unifies people with a strong sense of loyalty towards their beliefs, and both can easily cross the line to extremism. Unfortunately, both sides usually do not realize extremism of their own, and the main reason is that they think they protect either their religion or country from “enemies” and for everything they do a justification “exists”. If these sides recognize each other as a threat, one country can have a lot of troubles. It leads to internal disorder among the citizens, protests, that often go along with hate speech towards the other side. The problem lies in the lack of tolerance and the constant search for guilt in others, as well as the unwillingness to take the blame. At the glance we have an open question: can we overcome nationalism?