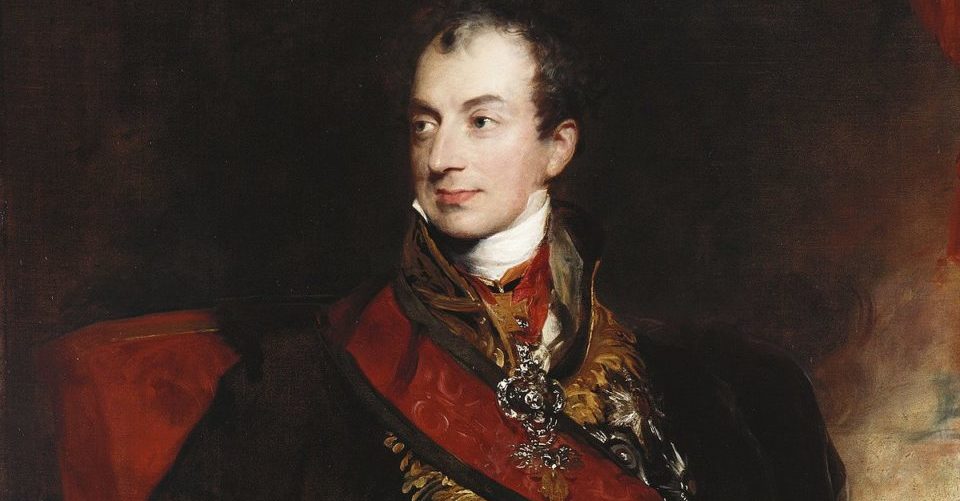 As one of his ideological patrons, the former US Secretary of State Henry Kissinger referred to the Austrian diplomat and Chancellor Klemens von Metternich. The name Metternich is on the one hand a synonym for brilliant Austrian diplomacy, but at the same time it is also a synonym for domestic political restrictions that are understood as the “Metternich system”.

One of the greatest diplomats in modern history is thereby treated unfairly if the name is given exclusively negative connotations. There is a good reason to pay tribute to the achievements of the former foreign minister and chancellor of state, one of the greatest visionaries of the 20th century and peacemaker. It is equally important to create an understanding of domestic political actions, such as censorship – a long-term understanding driven by foreign policy goals. Not least for this reason, it is important to look at the policies of the former chancellor of state and foreign minister on the basis of the zeitgeist (spirit) of the time, the security policy context and peace policy.

Vienna: The hub of international politics and high society

Today Metternich would be described as a classic representative of Realpolitik. A conservative, pragmatic power politician and an excellent strategist who laid the foundations for a more or less stable peace for a hundred years. As the child of an era dominated by Napoleon and as an envoy in Paris, he knew the French dictator and later military leader better than anyone else. Until the end of his political career, the Napoleonic wars shaped his political actions – both internationally and domestically. The maxim of his actions was to prevent another pan-European war at any price. Metternich saw two major problems in this: Firstly, the nationalist freedom movements that would turn the old order in Europe on its head and the balance of power. I will come back to this in more detail later.

For several months Vienna is said to have been not only the international stage of diplomacy but also the centre of European high society.

The period around the Congress of Vienna was certainly considered a great moment for the Austrian diplomat together with the representatives of the other victorious powers and France. Initially, Vienna became the hub of international politics, not least through the efforts of Metternich in 1814 and 1815. For several months Vienna is said to have been not only the international stage of diplomacy but also the centre of European high society. The expression “The Congress of Vienna dances, but does not move” comes from this period. This refers to the dominant cultural programme – characterised by balls – and the negotiations, which thereby moved into the background. While technical experts nevertheless conducted dry negotiations on detailed questions, contacts were strengthened at important events in a relaxed atmosphere.

On the Austrian side, the key players at the congress were Klemens von Metternich himself and top official Friedrich von Gentz, who also played a leading role. One of the most important goals of the congress was to create a balance of power, as demanded above all by Austria and Great Britain. On the one hand, it was important to weaken and isolate France – but only to the extent that France would be able to balance Europe in the future game of the powers. As a bulwark against possible French aggression, for example, a larger Benelux state was created, which would be strong enough to act as an outpost against France. By curtailing France’s strength, it was important – especially for Austria and Britain – not to allow an overly strong country to establish itself. The concern was not least directed towards Russia. An overly strong power could upset the balance of power and make a future war more likely.

Revolutions and nationalism: the nightmares of European sovereigns

From today’s perspective, many see Metternich as a backward-looking reactionary who established an apparatus of censorship. The motivation behind Metternich’s conservative mentality is not only something that was characteristic of him, but – shaped by the revolution in France – was a nightmare for many monarchs. By preserving the old order, Metternich wanted to prevent two scenarios in particular: The revolutionary movements that initially plunged France into a terrorist state and then established a dictator were to be avoided by all means in the rest of Europe. For the most part, the sovereigns viewed the revolutions in a negative light: The experiences with France were far too overwhelming and of course the sovereigns did not want to give up their power. Not least, the conservative ideology of Edmund Burke in Great Britain, which is based on an evolutionary rather than a revolutionary development, emerged from the time of the French Revolution. The second aspect concerns the newly emerging liberal ideas that gave rise to national, if not nationalist, movements. It should be noted that nation states as we know them today did not correspond to the concept of statehood at that time. Above all, there was a danger that they would push forward the process of the collapse of multiethnic states.

For the most part, the sovereigns viewed the revolutions in a negative light: The experiences with France were far too overwhelming

The national movements, which Napoleon, among others, was able to exploit, were considered by many contemporary politicians to be a powder keg. Metternich’s domestic political accents were not primarily aimed at maintaining power, but were driven by such fears. This is not intended to whitewash the measures taken with regard to the secret police and the censorship apparatus, but it is intended to put Metternich’s purely Machiavellian profile into a more correct perspective.

The Holy Alliance and the politics of balance

The Holy Alliance was seen as another achievement and can be considered as a kind of loose predecessor organisation to the Security Council in the broadest sense. Based on the premise that conflicts should be resolved as far as possible by diplomatic means through the mediation of the great powers, the leading states Austria, Prussia and Russia agreed on a coordinated approach. Above all, however, the Holy Alliance also had the purpose of mutual assistance in the case of domestic political revolutions and was considered an instrument of balance. This alliance led not least to the fact that in 1848 Russian troops came to the aid of the Austrian government at its request. However, it is not enough to reduce the alliance to an alliance of sovereigns who helped each other in order to take action against their own people. On the one hand, the driving force for this action was the danger of liberal-nationalism as seen by the powers. On the other hand, however, it certainly functioned as a tool with which major conflicts could be avoided for many years.

If we look back to 1914, the nationalist movements which reached their peak at that time can be considered as a major driving force behind the First World War. Historians argue whether Metternich’s actions prevented this development for a century or whether his policies led to the radicalisation of these movements. What we can say in retrospect, however, is that the newly created security order of 1814/15 in Vienna until 1914 successfully prevented large-scale wars. With the exception of the German (and partly Italian) unification wars, which were locally limited and comparatively small, the century is considered a very peaceful epoch in terms of security policy. Otto von Bismarck, who pursued a defensive policy of balance after the end of the unification wars, also played a leading role in this – especially in the second half of the 19th century.

Many conflicts have indeed been resolved diplomatically. By restoring the old order, major upheavals could be prevented, at least temporarily. Not least due to the aforementioned policy of balance, manoeuvring and alliances of convenience, a large-scale war was largely prevented. To this end, the Congress of Vienna created an important preliminary stage of modern diplomacy, for example through the work of various specialist groups and a more coordinated approach between the states.

A symbol of Realpolitik: the late tribute to a peacemaker

It is important to take a critical look at the Metternich system. But it is equally important, on the one hand, to understand the motives behind it and, on the other, to acknowledge the achievements of Klemens von Metternich in the field of international politics. The merits that a modern security system was established and that the 19th century was spared from major wars. These are the achievements of the forefather of modern diplomacy, a peacemaker and visionary whose preventive action – guided by fear – made him a reactionary. In the end Metternich had to pay a high price for his domestic political actions – he went into exile for a few years in 1848. Thus, the reduction of Metternich to the symbol of a police state is too narrow-minded. He was a statesman who, like many before and after him, had his rough edges. First and foremost, he was a brilliant foreign politician and strategist, a child of his time who did everything he could to achieve pan-European stability.